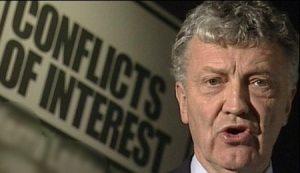 William Shawcross’ neocon agenda to make life difficult for the Muslim minority is in full swing with his latest burst on “Islamist extremism”. His anti-Muslim bias and prejudiced views are fully documented here. His views on Islam and muslims include the following:

“Europe and Islam is one greatest most terrifying problems of our future, I think all European countries have vastly, very quickly, growing Islamic populations…”

It is somewhat expected of him then to state in his first public interview since taking up his seat as the head of the Charity Commission,

“The problem of Islamist extremism and charities … is not the most widespread problem we face in terms of abuse of charities, but is potentially the most deadly. And it is, alas, growing.”

Shawcross has written a letter to David Cameron asking for more powers to harangue his target: Muslim charities. This is worrying because this is already happening. From 2012, when Shawcross assumed his role in the Charity Commission to the end of 2013 (See FOI requests here and here), more Muslim/Syria/Palestine-related Charities have been investigated than Jewish and Christian-related charities (though not drastically). Based upon information from Muslim charities gathered in person, which include places of worship, community centres and aid-relief charities, this year is set to see a further increase in Muslim charities being investigated.

The disproportionate focus on charities associated with the Muslim minority is revealing, as is Shawcross’ incompatibility with the role of Charity Commission head. I await the day the Henry Jackson Society or the Jewish National Fund is investigated under Shawcross’ tenure.

The Guardian report highlights the criticism of Labour’s Margaret Hodge regarding the Charity Commission stating that the cross-party group of MPs had “little confidence” in the body’s ability to address performance short-comings. Having highlighted in a previous blog (see Concluding Remarks) how the coup by Conservative party sympathisers and the manoeuvring of Shawcross into the position of head was a response to a growing threat from the previous head, the Labour-affiliated Dame Suzy towards neocon think-tanks, the criticism and subsequent deflection (using “Islamist extremism” rhetoric) by Shawcross seems to be a case of further politics being played out.

In the process Shawcross’ demagoguery, playing the Islamist extremism agenda, fulfils two roles. The first is the pursuance of the necon-agenda in foreign policy as well as domestic restrictions and targeting of the Muslim minority vis-à-vis the “Euro-Muslim/Islamic” threat, and the second is the deflection of criticism being directed at the Charity Commission under his reign.

Such dirty politics is resulting in the average Muslim and the smaller charities – a group which happens to give the most in terms of charity – suffering due to the increased spotlighting and media and political scapegoating.

Shawcross’ unacceptable, prejudiced views and is demagoguery at the expense of the Muslim minority makes him unfit to head the Charity Commission. He must be removed.