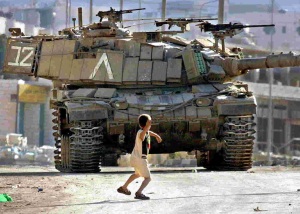 The struggle for freedom against the despotic Syrian regime has been labelled terrorism by the neocon British government.  It must be remembered that prior to 2014, there was tacit approval of contributions towards the freedom fighting made by British citizens. This policy switched after a meeting between British security services and Bashar Al-Assad’s tyrannical regime.

Though details around the discussion itself are scarce, what is evident is that there was a concerted governmental crackdown on the Muslim minority thereafter which consisted of,

The neocons must be rubbing their hands in glee as the campaign against the Muslim minority has become relentless at every level.

The terrorism of the Zionist entity upon the population of Gaza has also resulted in further oppressive measures in the UK, most likely instigated by the neocons (like George Osborne). HSBC has closed several accounts belonging to prominent Muslim personalities.

The despicably discriminatory nature of all these measures is revealing of a systemic failure on the part of Britain in protecting particular minorities and allowing the retroviral neoconservative influence to ferment.  I say particular minorities because Zionist Jews also constitute a minority here but the level of exceptionalism towards and apologism for Zionists accentuates the discrimination and oppression that is currently being experienced by the Muslim minority.

Nothing demonstrates this point more strongly than the issue of British Jews conscripted to a terrorist army committing acts of terror and potential war crimes.  I argued this some time ago well before the massacre of Palestinians was started by the Zionist entity.

However the intensity of the spotlight on this issue increased as news of a British Zionist Hadar Goldin being caught by Hamas, broke.  The news seems to have rocked the boat of both the Zionists occupying Palestine and the Zionists in the British Foreign Office as they “urgently” looked into the reports.

Despite the fact that it is now being claimed that Hamas was unaware of Goldin and was killed by Israeli bombardment, why is there such a concern?  Why isn’t Theresa May simply stripping Goldin’s nationality and allowing him to be bombed and killed, absolving her government’s responsibility, or is that special treatment reserved only for Muslim citizens? After all this man has joined an army which employs terrorism as a strategy and which has perpetrated possible war crimes.  He had chosen racist Zionist values over British values in support of an occupation founded upon scripture, as emphasised by the anti-Muslim neocon, Michael Gove where he affirms that Israel is, “as prophesised it would be, a light unto nations”.

The British value of equality and human rights, and therefore non-discrimination, would dictate a “Yes” answer for the above set of questions.  Neocon values, however would not.