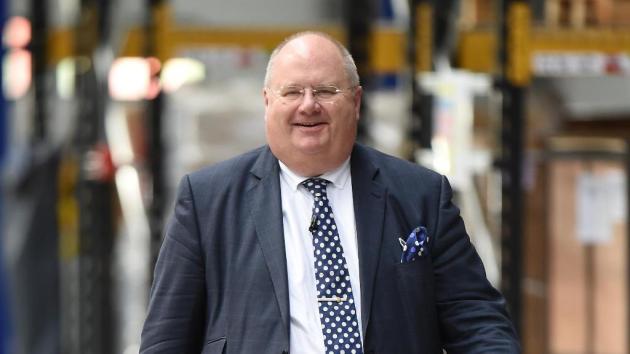 I have read the letter written by yourself and Tariq Ahmad, which brazenly capitalises on the attacks in France, in which, despite recognising that Muslims “around the world” do not accept such actions, you have requested Muslim leaders to assist in rooting out “extremist” speakers in the pursuit of dealing with the challenges of integration and radicalisation. I have also seen David Cameron’s dismissal of Muslim Council of Britain’s legitimate questioning of the discriminatory undertone towards Islam and Muslims in the letter. In Cameron’s neocon world, the letter is “reasonable and moderate”, and he has already categorised those raising contentions against your letter as “having a problem”, thus shutting down any debate on its legitimacy.

The well-timed letter seems to continue on from the equally well-time propaganda by John Ware aired on the British Biased Corporation recently. Your letter suggests placing a duty on Imams who must now explicate how Islam can be a part of British identity today.  The fact is, traditional scholars have always encouraged a communitarian approach to society, obeying the law, encouraging charitable acts and supporting the needy and downtrodden. This is all part of our faith and shared values. The Imams know this.  You ignore this and ask of Muslims leaders “to do more”. As such your letter raises questions. Many questions.

As is always the case with the PREVENT discourse hurled towards Muslims (and primarily Muslims), the obvious question which has yet to reap a satisfactory answer is, what is meant by “extremism”? Does it entail mainstream Islamic beliefs as per the Panorama propaganda? And who deciphers and determines “extremism”? John Ware’s cherry-picked, highly divisive, PREVENT-supporting Muslims? You? Or Michael Gove who’s definition is “you know it when you see it”?

Would the government like to produce a list of extremist speakers so Muslim organisations can draw analogies from? Clearly, you Mr Pickles, have an idea, because you removed funding from a charity established by yesterday’s moderates (Sufis) a few months ago on the basis of “links” to “extremist speakers” and then refused to disclose who the “extremist” speaker was, so kindly enlighten us to the precise criteria you have applied?

Moving on, what exactly constitutes “voices of division”? Would a minority from Stamford Hill making statements on “goyim” having no souls be regarded as “voices of division”? When calls for “defeating” the voices of “division” are made, does that include people like John Ware, and the government who are trying to forcefully forge an Islam which eschews traditional, mainstream Islamic views?  Is division subjecting Islamic traditional beliefs to your grotesque letter and “extremism” strategies, while conveniently ignoring the Jewish Orthodoxy which holds similar views? Would the Beth Din court which has asserted the primacy of the Torah over British civil law be an affront to “British values”?  And yes, I am perfectly familiar with the argument that they are not bombing European countries, but I challenge the British government to commit to a “humanitarian intervention” against Israel, take control of their resources and bomb Zionists every few years under various architected pretexts. We know from history, what Zionism is capable of.

This is, simply put, Muslim minority discrimination.  No one needs to look outside the letter you have written.  Your discriminatory language is evident enough.  Muslims are “extremists”. Far-right white people are not even referred to in the context of the specific term “hate”, which has been synonymised with preachers, which in turn has been associated with Muslim Imams.  No, the far-right are “thugs”, despite being a similar threat.  Muslims are “extremists”.

Given you have accepted that far-right “thugs” (not extremists) spew their vitriol, and have the capacity for violence, could you, Mr Pickles, and your token Muslim friend answer whether similar letters have been sent to Churches and pub owners?  I say Churches because ideological Christianity is often invoked by these “thugs” (not extremists) as the faith which is being defended, whilst pubs are meeting places for far-right Christians, where their “thuggism” breeds.  Similarly, in the wake of the Gaza massacre of 2014, were letters written to Synagogues telling them that their faith is a faith of peace, that they should ensure they robustly challenging “Rabbis of hate” accessible on-line amongst the younger generation who may go on to join the IDF to commit war crimes and experiment on Gazans using advanced weaponry. Have there been calls for the Jewish community to reject indiscriminate violence against civilian populations and that they should start by at least condemning Zionist war crimes and then perhaps start building resilience against such terrorism? Also please ensure you send a letter to yourself, given you have a Trotskyist background, have moved into Conservatism increasing your suitability for the retroviral neoconservative ideology, and lectured at a neoconservative organisation which sends their youth to militant training camps.

Tenuous? Draconian? Stereotypical?  I agree.  The Stasi-esque PREVENT is all these things and more, yet it is being pushed for statutory-enforcement and it’s assumptions and untested, academically wanting theories underpin your entire letter.  It’s time your neocon government acknowledged they are xenophobic and started building resilience against neoconservatism, the political ideology which exploits the fear of the people; creates an enemy to pursue policies; which has no scruples in tearing apart the “British values” which you preach to Muslims; and propping fascism, similar to the far-right, if the situation so deems it. Is this the reason why the far-right are being referred to as “thugs” in your letter as opposed to “extremists”?

The government must “do more” to tackle its own “extremism”: neoconservatism.