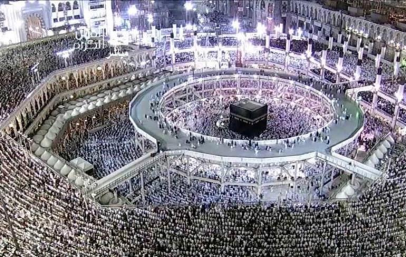 The period of Hajj is one which means many different, important things to Muslims: devotion, a demonstration of longing for their Creator, and reliving the practice of their most venerated men and women from the greatest period of Islam, khayr al-quroon (the best of generations – being the three generations during and after the Prophet Muhammad, peace be upon him).

Another, deeper meaning is the restorative nature of the Hajj pilgrimage. It purifies ones Iman, removes the grime of bad deeds from one’s spiritual repository, and returns the state of a person to that of a new-born. Scholars have also explicated another restorative quality.

The great 18th century intellectual fountain of al-Hind, Qutb al-Din Ahmad, better known as Shah Wali Allah Muhaddith Dehlawi (d.1175) is one such scholar. His books are filled with gems of wisdom and insight. Indeed the Walli Allah legacy, as with many other intellectual movements of that period, is one which needs to be studied and revived as it took on the intellectual and physical challenges posed by detrimental, un-Islamic cultural norms. Later, the heirs to this intellectual estate confronted the cultural imperialism of the Europeans. Today, we are witnessing another wave of diffusion of confusion regarding the Islamic faith, disseminated by either egocentric and exploited individuals financed by the anti-Muslim neoconservative industry and propped by warmongering statesmen, or those acting in the name of the faith whilst doing everything to bring it into disrepute and provide credence to the narratives of the first group. The foresight of Shah Wali Allah can be seen in his section on the distortions of the faith. In the present era we have those who wish to tread a path which is reminiscent of the German Jewish philosopher Moses Mendelssohn, who introduced texts which “counteracted” the orthodox, rabbinical method of exegesis, aiding assimilation. Usama Hasan and Maajid Nawaz similarly wish to create a new tafsir (exegesis) concordant to Eurocentric ideologies in a similar fashion. Shah Wali Allah’s subtle analysis intercepted this method as a source of distortion of Islam thusly:

“Among the sources of distortions are corrupt intentions leading to false exegesis such as when people try to please the kings’ (wishes) to follow their own desires, according to God’s may He be exalted saying, “Those who conceal what God revealed in the scripture and purchase a small gain with this, are those who will eat nothing in their bellies except fire”.” (Hujjat Allah Balighah, p.347)

The above quote will strike a chord with many who observe with disconcert the antics of those endorsed by the present neoconservative regime. They too wish to please the present Kings, Queens – Prime Ministers and Presidents – and in doing so have purchased a transient, minute gain.

In preparing for Hajj, we witness millions ardently studying their litanies and supplications, legal rules of rituals, hygiene and prayer, and mentally preparing their intentions to ensure it is solely to please their Lord. In other words, it provides a direct contradistinction to those who wish to “reform” Islam in pursuit of the pleasure of people, with the contrasting quality rooted in intention. Shah Wali Allah elucidating further the inner dimensions of Hajj highlights a salient point:

“Just as the ruling authority requires a test after every period of time by which to distinguish the sincere advisor from the deluder, and the obedient from the disobedient, and to raise its repute, promote its words, and to let its people know about each other, likewise the religion needs a pilgrimage to distinguish the sincere one from the hypocrite , to show how people have entered the religion of God in throngs, and so that they can see one another and each can benefit in what he didn’t have before, since objectives are obtained by mingling and seeing one another.

Since Hajj was made a well-known convention it assists (in removing) the harms of (false) conventions and there is nothing like it for reminding them of the condition of the founding leaders of the religion and inciting them to persevere in it.” (Hujjat Allah Balighah p.228)

Whilst those who wish to do away with tradition and centuries of refined legal theory by replacing it with liquid, obfuscated claims based upon ideologies which themselves derive from variant epistemologies and ethnocentric assumptions, Hajj symbolically blocks such weak efforts and forces the self to take account of its state in relation to the “condition” of the “founding leaders of the religion”.

With the state policy conducive to an environment where the “distorters” will most likely increase in number, it is for the Muslims to be aware of the ideologically-driven threats to their Iman (faith). Such auspicious occasions are a means for us to reconnect with Allah, His Book, and the Prophet Muhammad peace be upon him.

Enjoy this beautiful day. Eid Mubarak to all.

May the mercy of Allah be upon the righteous scholars. Ameen.

5 thoughts on “Shah Wali Allah: The Inner Dimension of Hajj and the “Distorters of Faith””