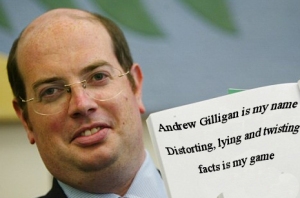 As the conference season gets underway,Andrew Gilligan in the Sunday Telegraphprovides another demonstration of his obsession with undermining British Muslims who legitimately engage in politics and public life.

The Prime Minister in his ‘Munich 2’ speech singled out those who perpetuate lies about a “secret Muslim conspiracy to takeover Government”. You only need to look at the dubious links and nonsensical associations unearthed by Gilligan to understand the lengths ‘conspiracy theorists’ will go to in their efforts to tarnish the reputation of British Muslim organisations, such as the Muslim Charities Forum and MEND.

Gilligan rehearses the usual half-truths about the Muslim Charities Forum and its alleged links to Union for Good despite The Guardian revealing in an article published in July that the sources behind the unverified allegations were Israeli sources. Akin to the allegations levelled by the Israeli Defence Minister, Moshe Ya’alon, that Islamic Relief was funnelling funds to “Hamas-controlled organisations”, which were proven to be without foundation, Gilligan repeats accusations against the Muslim Charities Forum with no regard for the facts.

In much the same vein as libellous claims asserted by Paul Goodman against former Muslim Aid chairman, Sir Iqbal Sacranie, lying about his alleged involvement in the Union for Good, so in today’s paper Gilligan asserts claims about the Muslim Charities Forum and suspected links to the Union for Good. The allegations are an exercise in malfeasance and hypocrisy given that The Guardian noted in its story some months ago that the Charity Commission had cleared the Muslim Charities Forum of any suspected links to the Union for Good.

Gilligan reports that the fringe event organised by the Muslim Charities Forum at the Conservative party conference was cancelled “after party officials were contacted by the Telegraph on Saturday.”

The basis on which the event has been cancelled appears to be the invitation to Othman Moqbel of Human Appeal, a Muslim charity, to speak at the function. Gilligan notes that “Human Appeal was named by the FBI in 2003 as having a “close relationship” with Hamas.” There is no detail about what a “close relationship” means or why it would be unlawful. It should not be forgotten that Hamas is the legitimately elected Government of the Gaza Strip.

Gilligan continues “the US State Department also accused Human Appeal of providing “financial support to organizations associated with Hamas” and alleged that “members of its field offices in Bosnia, Kosovo, and Chechnya had connections to al-Qaeda associates.” The US Internal Revenue Service described Human Appeal as one of a number of charities which “finance terrorism and perpetrate violence.””

Note that the Human Appeal has been “accused” of these actions. The accusations have not been proven but that seems an uninteresting detail to Gilligan. Nor is Human Appeal a British charity which has been shut down by the Charities Commission for “financ[ing] terrorism and perpetrat[ing] violence.”

He goes on to note, “In 2012 Human Appeal was banned from using public property, a school in Manchester, for fundraising after an intervention by the Department for Education’s counter-extremism unit.”

It is hardly surprising that the Department for Education under the leadership of Michael Gove would intervene in this way given what we know of Michael Gove’ssupport for neo-con organisations like the Henry Jackson Society. Gove was moved from the Department of Education to the post of Chief Whip in a reshuffle which followed a public spat between him and Theresa May over differences on counter-extremism policy amid claims Gove was pursuing a “parallel security policy”.

BBC Newsnight revealed in an investigation which preceded the public disagreement between the then Education Secretary and Home Secretary, that he had granted £120,000 to the Quilliam Foundation from the DfE budget, an example of his fulsome support for the widely discredited “conveyor belt” theory on radicalisation.

Gilligan also takes a shot at MEND over its fringe event at the Labour conference last week. Gilligan asserts:

“Mend has held many events with other extremist, anti-democratic speakers and has close links to the pro-terrorist lobby group Cage. It has been condemned by the Jewish group, the Community Security Trust, for risking “encouraging a sense of grievance towards Jews.””

It is worth recalling that the Community Security Trust has been severely criticisedin two different legal judgments where its pro-Israeli advocacy and dossiers on Palestinian affairs/individuals have been proven to be ill-informed.

In the case of Shaykh Raed Salah, whom Gilligan mentions, in 2012 the Upper Immigration Tribunal concluded that the CST’s dossier had contributed to the Home Secretary’s acting ”under a misapprehension as to the facts” when she excluded Salah from the UK. No mention of that in Gilligan’s article. No mention either of the “well-orchestrated and poisonous campaign against Salah in the media, who so swiftly and conclusively condemned him as a “hate preacher”,” largely on the back of the CST dossier encouraging his exclusion from the UK. It should come as no surprise to Gilligan that British Muslims might take anything from the CST with a large pinch of salt.

The description of CAGE as a “pro-terrorist lobby group” is so far wide of the mark as to be ridiculous given the organisation’s defence of those who suffer human rights violations because of counter-terrorism laws.

But perhaps most intriguing is Gilligan’s inclusion of a quote elsewhere in his article from Hannah Stuart of the Henry Jackson Society.

The HJS’s deep involvement in a transatlantic network of Islamophobes, as uncovered by Spinwatch in its brilliant new report; its appointment of Douglas “Conditions for Muslims across Europe must be made more difficult across the board” Murray as Associate Director; the sympathy and support shown by Douglas Murray for Stephen Yaxley-Lennon, the former leader of the English Defence League and US Islamophobe Robert Spencer all remind us of the marvellous putdown of Policy Exchange by former Lib Dem leader Nick Clegg back in 2008.

Policy Exchange sought to derail the Global Peace and Unity conference that year by secretly briefing MPs about the event and scheduled speakers, much as Gilligan does in the Sunday Telegraph.

“The Policy Exchange briefing I have seen seeks to raise alarm over a number of the speakers planning to attend the conference. The accuracy of the allegations is variable, with a notable lack of evidence to support many of the claims.

“In particular I was appalled to see ‘evidence’ quoted from the Society for American National Existence, an organisation which seeks to make the practice of Islam illegal, punishable by 20 years in prison. I need hardly point out how illogical it is to attempt to criticise one set of extreme views by citing another.”

No change in neo-con tactics then.