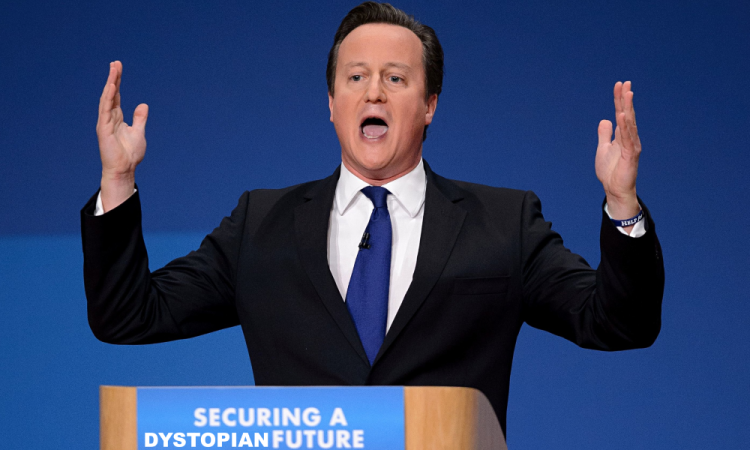 The Cameron government has suffered a number of set-backs and U-turns in the past year in terms of policy. In most of these cases, the policies have been challenged by the public due to their adverse impact. What fiascos like the junior doctors pay have demonstrated is that a well-informed public, which has not pandered to the government’s fear mongering, or smoke-and-mirrors tactics, is one of the best checks on state excesses.

A further frontier is to be established with the Queen’s Speech setting out the Counter-Extremism Bill. With this area too, the public must stand up and see through the “terrorism” façade which is being used to justify spurious, draconian legislation.

Reports suggest that the proposed Counter-Extremism Bill will contain new powers to ban “extremist” organisations, gag individuals and empower councils to shut premises used to “promote hatred”. “Premises” is a reference to mosques. Ofcom will be required to block broadcasts of “unacceptable extremist material”.

For a government hell-bent on enforcing “British values”, which include human rights, the above reads like a set of measures lifted from George Orwell’s 1984. In other words there is a fundamentally conflicting message: we will promote liberty by taking it away from those who have divergent views. The excessive nature of these measures is exasperated when one considers laws covering the incitement of hatred and violence already exist.

If we take the assumptions embedded in the above set of measures and associated discourse as a given, the rational question to ask is, what is the efficacy of implementing these measures?

History shows that banning organisations simply results in organisations adapting to the ban. Thus, the IRA proscription did not result in the organisation being disbanded. Rather, the organisation simply operated in a manner which avoided legal implications. Incidentally, whilst Muslims are the unspoken target of these measures, police are facing a severe terror threat from the IRA. Yet, the mention of Irish republican terrorism was absent in the government’s Counter Extremism Strategy document released last year.

During the Troubles, when the IRA was carrying out terrorist attacks, Sinn Fein, and other Irish republican and loyalist groups were banned by the Thatcher government from being broadcast on television and radio, on the basis that it would deprive “terrorists of the oxygen of publicity”.

Significantly, though the messaging decreased, it did not decrease the level of violence.
Instead, press freedom became restricted which resulted in frustrated journalists finding new ways of reporting around the restrictions. Britain’s ban became the subject of ridicule, swiftly becoming unsustainable. Engagement, as opposed to curtailment, moved the peace process forward.

Society must understand however, that the measures proposed by the Tory government are far more dangerous than those implemented before. To understand this, we need discern the underlying assumptions.

The pivotal feature of the proposed legislation is that such measures will be activated when “extremism” is detected.

In the IRA example, groups and individuals which directly voiced support for the IRA were the target – not extremism. The head of criminology and director of terrorism studies at the University of East London Andrew Silke notes, “Counter-ideology just doesn’t feature at all in counter-terrorism in Northern Ireland – because there is a general belief that it isn’t relevant and it doesn’t work.”

The notion that ideology (extremism) is the primary reason for terrorism is a thesis which has been strongly rejected by hundreds of scholars and academics. In other words, the very foundations of for the legislation is rejected by sound research and academic opinion.

This legislation serves as an ideological hammer to deal with whatever the government of the day takes a dislike to. And this is dangerous.

Recently, when UAE authorities charged an academic and a journalist for “engaging in hostility against Egypt”, the Middle East deputy director, Human Rights Watch,  Joe Stork commented, “UAE authorities seem to believe they have the right to detain anyone who ever expressed any views, anywhere, that they disagree with.”

Egypt has shutdown mosques and banned preachers too. Last year, the deputy of the Ministry of Religious Endowments Sheikh Mohammed Abdel Rizaq said that the state would not give “breathing space to anyone” who wants speak about “affairs that disrupt the country”. Chillingly, when David Cameron announced the extremism policy in his address to the National Security Council May last year, Theresa May fleshed out the definition of “extremism” to include the notion of “undermining democracy”.

Number 10 has already issued statements designating individuals “extremists” by names, echoing Joe McCarthy’s dark era. The political exploitation of such terms to castigate dissenting and unpopular views is a possibility that is all too real.

Reports suggest that Whitehall officials are struggling to define extremism in an acceptable manner.

The current Prevent definition of extremism has already been in use for the past five years, and it has targetted the Muslim community. Mainstream Islamic beliefs and practices, and political viewpoints at odds with Government have been caught by the broad net of extremism as documented in our submission to the home affairs select committee. It is already threatening the freedom from discrimination based upon conscious and belief.

As hundreds of academics have affirmed, Prevent has not made anyone safer, but rather, it has demonised an entire community through a state-sponsored climate of surveillance and suspicion. Now, freedom of speech, association and assembly are under threat based on upon the same rationale.

This is not what Britain is. It is very much revealing that Mr Cameron, having failed in delivering policies which expressly implicate the broader UK population, is now resorting to a perilous counter-extremism policy which will target 5% of the population to “revitalise” his “premiership”. From start to finish, the proposals are a catastrophe waiting to happen. Our advice to the government is to heed history, if not academic opinion.

The British public must oppose these draconian measures. Though the image of Islam is presented in the rhetoric of those who architect such toxic legislation, the reality is that the application will affect the whole of society. Muslims are the suspect community today. Tomorrow it can be anyone.

One thought on “Extremism Bill: The Ongoing Extremes of David Cameron”