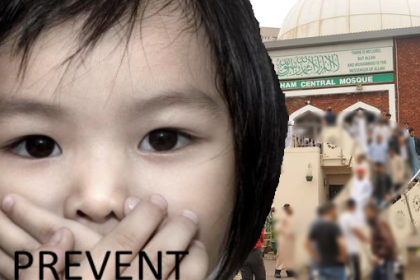 According to sources in Birmingham, certain schools have implemented an intelligence gathering programme targeting and profiling Muslim pupils. It is alleged that these schools have identified each Muslim pupil and the mosque they and their family attend.  The mosques are then being used to determine the child’s theological affiliation. Based on this, my source says, the schools “know which child is at greater risk of radicalisation”.

This trend is not dissimilar to the behaviour of Ofsted which I found when investigating the Trojan Hoax claims. In May 2014, I published a blog in which I exposed that teachers were asked which mosques they attended. At that time, I had speculated this was being done in order to determine the theological leanings of the teachers.  The present situation lends credence to this speculation.

If the claims are true, this is a shockingly preposterous situation.  Not only is PREVENT discriminatorily targeting the Muslim minority, schools are adding a further layer of discrimination by marginalising minorities within minorities and placing differing Islamic groups into hierarchies of vulnerability, effectively based on personal religious beliefs.

The Source of the Information: Ofsted Inspector

Before the PREVENT cheerleaders, whom are currently in disarray following the comprehensive deconstruction of their policy of persecution, highlight that this is merely a “slip” which can be “fixed”, it is worth pointing out that this information was leaked by an Ofsted Inspector who was, it is claimed, encouraging school leaders at a different school to implement this practice.

In other words, Ofsted is allegedly encouraging Muslim profiling and discrimination on grounds of belief as “good practice” for implementing PREVENT.

According to sources, the Ofsted HMI, whose name will be kept anonymous for now, confirmed that a number of “Outstanding” schools had implemented this mosque-based vulnerability hierarchy, and then urged the school leaders to look at the “good work” Greet Primary School is doing. My source stated that it was not clear whether this school had implemented the policy.

What is clear is that the school is fully aboard the racist PREVENT policy.  Greet Primary School (Percy Rd, Birmingham) is situated in an area of Birmingham that has a high concentration of Muslims.  On its website, it proudly proclaims that “Greet values = British values”, and that the school would “actively challenge pupils, staff or parents expressing opinions contrary to fundamental British values, including ‘extremist’ views”.  In other words, the school is seriously bending over backwards to prove it’s PREVENT implementation to the extent that it is ready to “challenge” even parents over “extremist” views. Aside from the question of establishing “extremist” views, how this squares with mutual respect and tolerance of different faiths and beliefs is a conundrum intrinsic to PREVENT rather than school.

It is interesting to note that the executive head teacher of the school is Pat Smart.  When the then Park View Academy was taken over after Ofsted had swept in with their pretext to establish the British Values counter-extremism agenda, amongst those who took over the school once it was purged of Muslims was Smart. At that time, she was listed as a board member for the Birmingham Education Partnership (BEP), which was headed by white supremacist Tim Boyes. Boyes was a vocal voice in perpetuating lies during the height of the Trojan Hoax (see details here).  The BEP was handsomely rewarded last year by the Birmingham City Council to the cool tune of £11.7 million to prevent “another Trojan Horse” and put in place “new rigorous checks will be in place to prevent any potential extremists slipping through the net”.  The training would include guidance on “religious extremism”.

This is not safeguarding; this is akin to policies in Nazi Germany. The racial policies at that time were also justified through “scientific” legitimacy.  PREVENT, like those Nazi policies, has no legitimacy.  It is for parents to understand that PREVENT is a discriminatory, failed programme, with politicians now calling for it to be scrapped (see here and here). Moreover, over 150 academics and professors have signed a letter raising concerns about the “implementation of ‘radicalisation’ policies within the UK Prevent strategy”, namely that the science underpinning PREVENT “has not been subjected to proper scientific scrutiny or public critique.” For further details about the baselessness of PREVENT, see here.

Questions must be asked. Are parents in Birmingham aware of these alleged programmes of persecution? Did they give consent for their child’s data about the mosque they visit to be captured? If not, how was this information collected?

Parents must first determine and then challenge the school’s blatant Muslim profiling and discrimination based on personal religious beliefs. Further, upright, reasonable teachers who are at these school must build their courage, step forward and whistle-blow these anti-Muslim policies by naming the school engaged in this profiling.

Do you have information or evidence about the above policy implemented in Birmingham schools?

Please leave your comments below.  The comment section is based on approval, therefore if parents and teachers wish to keep their comments confidential, a note to this effect can be left along with the comment. The comment will remain invisible.

Requesting Information about your Child from the School

Parents can make a subject access request on behalf their child under the Data Protection Act 1998. Failing an unsatisfactory response, recourse can be made to the Information Commissioner (for further information: www.ico.gov.uk or 08456 306060).  You may be required to prove your identity.  Send the letter as an email or recorded delivery for evidence purposes.

I am writing to make a subject access request under the Data Protection Act 1998 for any personal information held about my son/daughter, [child’s name], in relation to the topic of “extremism”, the mosque he attends, the school’s PREVENT duty established under the Counter Terrorism and Security Act 2015, and the implementation of the associated “British values” policy. This may include, but is not limited to, all correspondence including postal, email, memorandum and/or any other format which you have entered into with any individual, organisation and/or third party which contains reference to my child and/or which pertains to them.

Please inform me prior to processing this request, if you require a processing fee. I understand that I am entitled to a response within forty working days.  I would be grateful if you could confirm this request by email/address as soon as possible.  Please send acknowledgement to [insert email address or postal address].  If you have any queries or questions then please contact me on [insert email address or postal address].