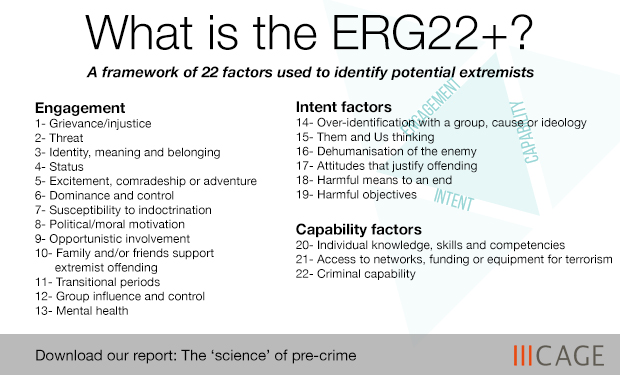 Among the many criticisms in the report, some attention was given to the nature of the peer review process. At the time of writing, we did not envisage the importance of this single issue, particularly in light of the more substantive points we were making.

In conjunction with the launch of the report, the Guardian published a news article detailing how 140 academics had written an open letter to the government asking for the flawed science to be made available to academics and psychologists, in order for it to be scrutinised. In that very article, the Home Office responded to the report by stating that the study, used as a basis for Prevent, had been through a “peer review” process.

END_OF_DOCUMENT_TOKEN_TO_BE_REPLACED 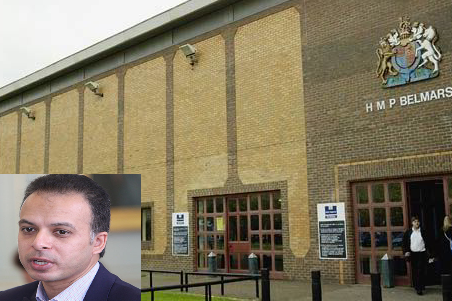 It has become routine now.  Take a minor issue, concoct a dark, Muslim-linked conspiracy theory around it which reinforces far-right narratives of Muslim hoards taking over Europe any time soon, sell it to the public via the right-wing media which is connected to neocon think-tanks, and after thoroughly hyping the situation, push through a policy, which, to normally sane minds, would be unpalatably surreal.  The prime example for this is the 2014 Trojan Hoax scenario and the resultant roll out of the PREVENT Duty.  Since then, minor operations broadly using the above design, have seen Muslim governors banned and Muslim MPs smeared under bogus “entryism” allegations to form the basis of the new Counter-Extremism Strategy.

This pattern of neocon behaviour is trite but is still used.

The preceding weeks have seen trickling news around Muslims “prisoner radicalisation”. In keeping with the demonisation of Islam and the dehumanisation of Muslims, the theme of attributing every social ill to the Muslim remains buoyant.

END_OF_DOCUMENT_TOKEN_TO_BE_REPLACED 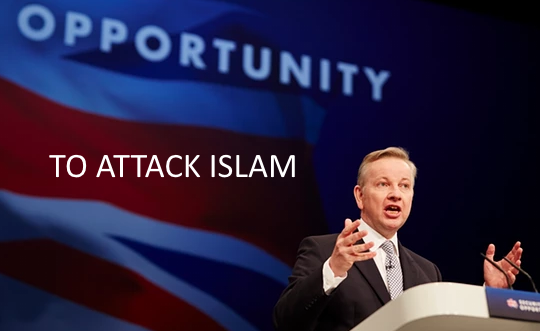 A couple of years ago, I noted that the substantive content in the campaign of attacks against Shaykh Haytham al-Haddad designed to smear him as “extremist” were in fact normative Islamic beliefs which cut across the theological spectrum. Shaykh al-Haddad was the proxy for the attack on Islam.

Since then, David Cameron himself has interfered with religion, attacking Islamic beliefs and practices, promoting deformists as the face of Islam, all the while employing doublespeak and urging the Muslim minority to shun the “conspiracy theories” that Islam is under attack. Looking from the colonialist, Eurocentric lens, all manner of denigration has been hurled at Islam, as “mutual tolerance” and “respect” is simultaneously preached to the Muslim community.