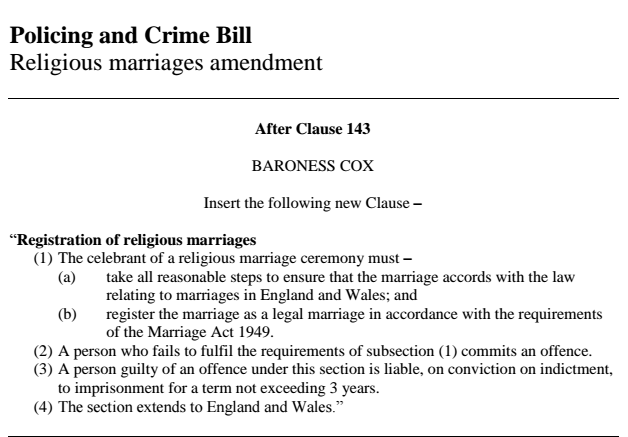 The atmosphere of political Islamophobia, anti-Muslim hatred and media stigmatization of Muslims and Islam, is something that has become normalised today. Interference with Islam, its beliefs and practices has reached such heights that one wonders whether the vaunted secular distinction of the public and private sphere actually exists. It increasingly represents an arbitrary distinction which moves with the prejudices and hatred of those in power of an increasingly penetrative state.

We now have non-Muslim judges that have become Mujtahid Imams,[1] formulating fatwas on the basis of a single reading of the Qur’an, Sayyid Qutb’s Milestones and a dossier compiled by a half-baked “expert” concerning which beliefs are regarded as “extreme”.  The courts have, in other words, regulated the beliefs of Muslims without expressly doing so through the notoriously nebulous “extremism” discourse.

The regulatory colonialism continues into the final bastion of Islam in a post-colonial, legally fictitious world of nation states: the area of Muslim “personal law”. Muslims who wish to accord their faith a centrality in the arena of civil matters often desire to have their marital issues overseen by Islamic precepts. Given the varying conditions for a marriage, intricate regulation of the types of divorce and annulment, as well as the need for a neutral, learned arbitrator(s) when matters become grey or sour, Muslims also seek recourse to Islamic scholars, or panels of Islamic scholars.  These panels advise couples concordant to Islam.  On the face of it there is no problem with this. Bata’i Din, or Halachic arbitration “courts” have been set up for some three centuries.  In fact, according to the London Beth Din website, it is forbidden for Jews to seek a remedy from “secular civil courts”.  Yet Jews, far from being framed within the far-right “Trojan Horse” trope of setting up a “parallel legal system”, are welcomed as being an integration success story.

Why are Muslims being treated differently?

END_OF_DOCUMENT_TOKEN_TO_BE_REPLACED 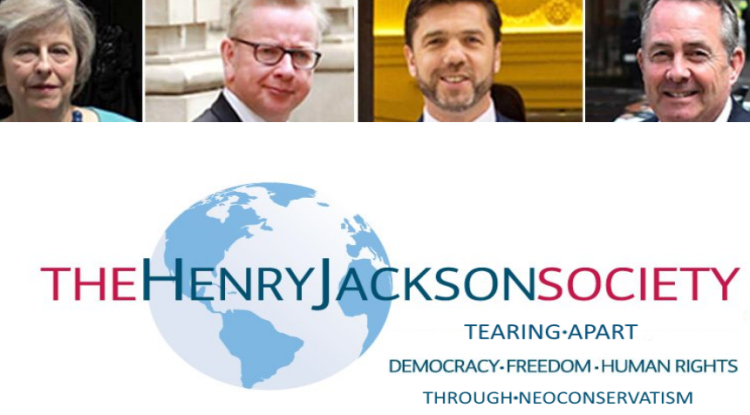 Whilst the neocon/Blairite subversion of the Labour party leadership continues unabated with ever more contrived and adventurous ways being used by Blairites and pro-Israel activists to pressure Jeremy Corbyn to step down, the Conservative party leadership race has been overrun by neocons.

Four out of the five of the Conservative leader aspirants are linked to the anti-Muslim, hate-financed Henry Jackson Society.

It is important to understand that neoconservatism is a “persuasion” which believes in using “noble lies” to steer the “vulgar masses” towards a fascism-based closed society which serves the interests of the neocons such as obtaining and maintaining power.  This entails bludgeoning “principles” like the rule of law and human rights through their “prudence” unashamedly in name of these very “principles”.

Thus, we can fully expect an increased hardening of securitised policy and therefore an assault on the civil liberties of all.  We can also expect a continuation and possibly an increase in the political hostility against the Muslim minority and Islam as Britain’s identity is forcibly built against this minority as the Machiavellian enemy.

END_OF_DOCUMENT_TOKEN_TO_BE_REPLACED 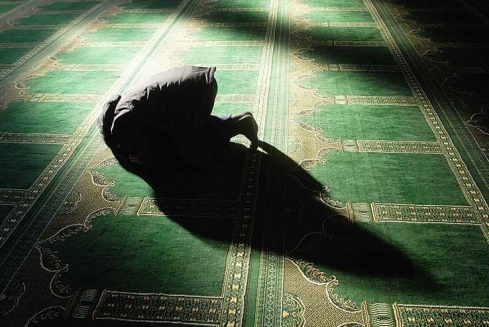 When it comes to instituting inquiries which examine the actions of the government, the lethargy is yawningly apparent. The Chilcot inquiry has been postponed so many times one refuses to believe that after seven years, subsequent to warring in Libya, Iraq and now Syria, the due date (6 July 2016) will actually see the report published.

Theresa May’s inquiries into the alleged Westminster paedophile allegations saw similar deferrals. With documents related to the investigation spontaneously going missing from within the Home Office, inquiries being stalled and those linked to accused political figures being placed as chairs of the inquiry, towards the end of the 2014, the inquiry itself had become a scandal.

When it comes examining Islam and Muslims, however, our government is on form.

END_OF_DOCUMENT_TOKEN_TO_BE_REPLACED 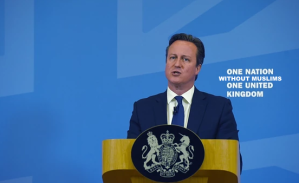 “There should be no ungoverned spaces…” – Prevent Strategy

David Cameron’s speech was textbook neoconservativism.  It was characterised by the need to manufacture an enemy for the state to court a form of fear-based nationalism, which enables warring and a resultant neocon-shaped society founded upon principles of fascism and increasing authoritarianism.

A “Greater Britain”, a Neocon Britain

It is certainly interesting to note that a “Greater Britain” for Cameron “begins by making the case for strong defence”.  It echoes neocon hawks William Kristol and Robert Kagan’s “remoralisation of America” which requires a hegemonic foreign policy.  There was much veneration of the global militarism in Cameron’s speech directly tied to the “greatness” of Britain and national identity. For war, an enemy the “nation” can relate to and remain in fear of, is required. In other words, an identity based on the “other” through fear is the Machiavellian recipe for a Straussian “closed society” shorn of individual liberty and freedom.

END_OF_DOCUMENT_TOKEN_TO_BE_REPLACED 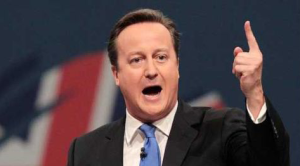 The neocon government wants the Muslim to be resilient from “extremism”.  Over the years, despite the Muslim apologia, pronouncements of condemnations, Stasi-esque policies, government associations with anti-Islam organisations, rampant anti-Muslim hatred from the media to the intellectually challenged supremacist thug on the street, and judicial rulings relegating Muslims to second-class citizenry, Muslims have certainly developed a resilience. A resilience to neoconservatives and their blustering anti-Muslim doublespeak and a firm resilience to the designs of neoconservative extremism.

The script for the neocons is like clockwork.  Governmentally pressure Muslims throughout the year, consorting with the media to demonise Muslims treating them as suspect communities.  Use arms of the state to effectuate this goal by using ambiguous words like “extremist” which are only ever to be applied to Muslims and not Christians and Jews.  Feed the Eurabia myth pedalled by the far-right and neocons that Muslims are “taking over Europe”, with unfounded Trojan Hoax plots and (discriminatory) Shari’ah courts fear mongering (and let’s not forget the dreaded halal meat!). Announce draconian security measures which discriminatorily target and profile the Muslim minority.  If these measures face opposition, then await an atrocity to heavily spin and exploit.  Make announcements that the Muslim community needs to “do more” to tackle radicalisation, ignore belligerent foreign policy and police-state actions and push through more measures, all the while profiling Muslims and eroding civil liberties for all.

This cyclical minority battering is really getting old.

END_OF_DOCUMENT_TOKEN_TO_BE_REPLACED 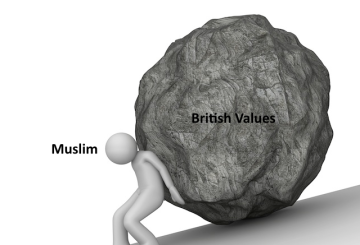 A Look at Theresa May’s Responses

The blind-spot for far-right and Zionist “extremism” extends to Theresa May’s pathetic response to critics.  She responds to the argument that “Islamist extremism” is social conservatism, stating that it is invalid because if anybody else discriminated against women, and rejected the democratic process on the basis of beliefs then they would be challenged.

There are a number of points being conflated.  Firstly “discrimination against women” for instance, is tolerated in other communities.  The Beth Din courts have “discriminated” against women in their judgments for over a century.  Yet it has never warranted the label of “extremism” let alone an independent inquiry which is called for in the context of Shari’ah courts. In fact, as per my previous blog specifically on this topic, the Home Office has effectively approved “discrimination” as a result of “Jewishist extremism”.  Moreover, previous versions of the London Beth Din website have clearly stated the Halachic position that it is prohibited  for Jews from take their legal matters to a “secular” civil court (rule of law anyone?).

END_OF_DOCUMENT_TOKEN_TO_BE_REPLACED 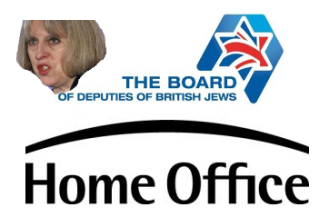 My intention was to cover this aspect in the second part of my analysis of Theresa May’s anti-Muslim, discriminatory, hypocritical speech. However, given the outrageous Muslim minority discrimination exhibited by the Home Office, the issue needs to be separately.

May announced that Shari’ah courts are to be investigated, because she “knows there is a problem”.  As an example she states that,

However, there is also “evidence” of Jewish women being left in marriage limbo due to the abuse by the husband issuing a “get” (divorce).  The Beth Din courts govern Halacha (Jewish law).  A “get” is required for either of the couple to remarry. Where the husband refuses a “get”, the wife is left in the status of “agunah”, or “chained woman”. If the wife then remarries in this state, her subsequent children (“mamzer”), which are religiously regarded as illegitimate, are treated as outcasts as they cannot marry a fellow Jew and the stigma remains down the line.