On the 15th of March 28-year-old Brenton Harrison Tarrant walked into two mosques and murdered men, women and children, killing 50 and injuring numerous. This was particularly shocking for a country that, according to the Global Peace Index, is ranked as the second safest place in the world. Much commentary has followed since particularly on proposals for new gun-control measures, with various images of the New Zealand leader Jacinda Ardern hugging of Muslims and speculating on whether her response was genuinely “intuitive” , or crafted for grief competitions.

The response most curious, however, has come from the neocons.

END_OF_DOCUMENT_TOKEN_TO_BE_REPLACED

“O you who believe, do not enter any houses other than your own homes unless you seek permission and greet their inmates with peace. That is better for you, perhaps you may take heed.”[1]

“Those who are faithfully true to their trusts and to their covenants; and those who strictly guard their prayers.  Those are the inheritors, who shall inherit Paradise.”[2]

“Irving Kristol came up with the solution that has become the cornerstone of neoconservative politics: use democracy to defeat liberty. Turn the people against their own liberty… if you can convince people that liberty undermines security, they will gladly renounce it.”[3]

On the day US war crimes whistle-blower Chelsea Manning was released from military prison, CAGE’s international director Muhammad Rabbani was charged for essentially refusing to hand over passwords to devices holding confidential information. This followed his arrest at Heathrow airport in November – despite being told there was no reason for his detention under the unjust Schedule 7 of the Terrorism Act 2000.

Rabbani’s arrest and his principled decision to withhold passwords against the threat of imprisonment has implications which ripple across the security paradigm enveloping the Western world.

END_OF_DOCUMENT_TOKEN_TO_BE_REPLACED 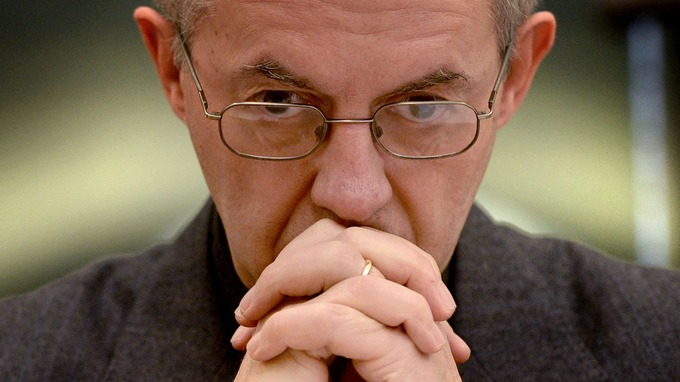 The former oil executive and Etonian Archbishop of Canterbury, Justin Welby, recently stated that there was a need to move away from the notion that ISIS has “nothing to with Islam”:

“If we treat religiously-motivated violence solely as a security issue, or a political issue, then it will be incredibly difficult – probably impossible – to overcome it… A theological voice needs to be part of the response, and we should not be bashful in offering that… This requires a move away from the argument that has become increasingly popular, which is to say that Isis is ‘nothing to do with Islam’, or that Christian militia in the Central African Republic are nothing to do with Christianity, or Hindu nationalist persecution of Christians in South India is nothing to do with Hinduism.. Until religious leaders stand up and take responsibility for the actions of those who do things in the name of their religion, we will see no resolution.”

The argument seems ostensibly balanced. After all, the theological element is mentioned as a factor (albeit a defining one) and Welby highlights the Christian militia in CAR, as well as the Hindu nationalist persecution, though, limiting it to Christian persecution whilst ignoring the rape and killing of Kashmiri Muslims by an army overseen by the fascist PM of India, Narendra Modi. However, the reporting, language and timing of his statements, upon closer inspection, reveal a smokescreen for a continued agenda to target Islam.

END_OF_DOCUMENT_TOKEN_TO_BE_REPLACED

There has been a flurry of commentary and articles on both sides of the pond seeking to fathom and comprehend the somewhat diabolical outcome over in the US. Donald Trump, the orange hued caricature of the volatile white supremacy movement, is to step into the Whitehouse to take the reins of a country which has for over a decade defined itself by secular creedal beliefs like freedom and democracy which have been militarily imposed upon the rest of the peoples of the world.

The reaction from the commentariat and Twitterati has been one of shock, followed by attempts to understand the rise of Trump.  From disenchantment of the people with the elite, to the interconnected rise of neoliberalism and globalised greed, to even questioning liberal democracy itself (PREVENT anyone?), the reasons have been varied. A further explanation is that this is historic white supremacy reasserting itself – a racist institution recalibrating in the aftermath of a black president and excessive equality. For this reassertion, however, here has had to be a catalyst.

Culture wars are a neoconservative forte which is born from neoconservatism’s societal prescription of nationalism of the type which actively creates enemies, Otherises “aliens”, courts the religious/nationalist fanatic, and champions wars abroad. This is done under the overarching aim of creating an authoritarian closed society based on fascist principles, which is for neocons the solution for America’s liberalism-based cultural decline. To facilitate the “enemy” aspect of neocon policies, the clash of civilisations thesis is used along with the military doctrine of pre-emption to normalise the culture war against Islam and Muslims within the upper echelons of government. It is pumped through a multi-million-dollar, sophisticated network of hatemongers, think-tanks, propagandists and “alt-right” racist papers. Neoconservatives, in other words, are key in fostering the climate in which people have chosen Trump.