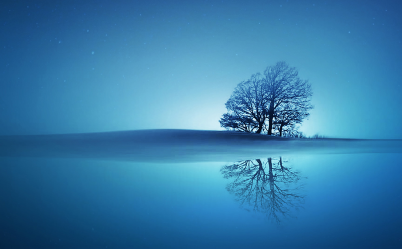 It is that time of the year: a hectic month as the British people recover from their frenzied Christmas shopping, briefly punctuated with the peace of the annual family get together, only to be followed by scrambling over various items thanks to the hype produced by corporations eager to increase the debt through boxing day “sales”. As the recovery from these activities begins and the damage to the bank accounts dawn, we take advantage of this lull for some customary reflection.

This year has been a particularly unsettling one; the sordidly racist campaign which ultimately culminated in Brexit; the far-right terrorist attack claiming the life of Jo Cox – the first killing of an MP in 26 years; the B-movie being played in the US starring Donald Trump, the West-wide rise of the far-right and unleashing of political and social xenophobia, security globalisation via totalitarian measures like the Countering Violent Extremism (CVE) agenda; Britain passing one of the world’s widest and intrusive surveillance laws; the list goes on.  Sadly, it is the Muslim minority, either through scapegoating or being subjected to the fruits of this dangerous concoction of nationalism, disenfranchisement through the global neoliberal order, and neoconservative domestic and foreign policies, which has by and large, bore the brunt.

END_OF_DOCUMENT_TOKEN_TO_BE_REPLACED 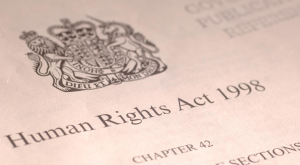 The Human Rights Act (HRA) is an eyesore for David Cameron and his neocon clique. It is a thorn in the side of their desires to strip civil liberties under the apparent pretext of terrorism, “foreign criminals” who presumably are not “human”, and other excuses such as “Parliamentary sovereignty”. Article 8 – the right to private family life is often invoked as a troublesome Article by the neocons. When a government looks to reduce civil liberties of any people, it should be a cause for concern for all of us.

While the plans to repeal the HRA have been temporarily been shelved, other pieces of legislation which are designed to violate the rights of the people are steamrolling ahead. These pieces of legislation cannot be seen mutually exclusively. A holistic analysis presents a grim reality. I have previously argued that the doing away with Human Rights Act allows for an even more opaque government. It also paves the way for other draconian legislation to be brought in without the need to comply with the HRA.  As I stated in a previous blog,

“The point to note is that any subsequent legislation must be compatible with HRA. With the Tory proposals regarding the HRA itself, the requirement of compatibility and giving due regard to the European Court’s judicial interpretation will be removed, which naturally means the courts would take into account the intention of Parliament. The intention of Parliament, if the proposals go through, would be to limit the application of human rights to the “most serious cases”, with inalienable rights being subject to “tests”.”

The neocons in government are hell-bent on creating a closed, securitised, on-edge society which values their aims over and above individual rights.  To this end, varying aspects of our lives are slowly being restricted and exposed to the government.

END_OF_DOCUMENT_TOKEN_TO_BE_REPLACED

Much activity has been visible over the past few days as the neocons and right-wing politicians come out to take advantage of the situation. Some are pointing to the inconsistencies in the “facts” which have thus far come out, the most glaring one being the alibi of one of the suspects at the time of shooting. “Conspiracies” aside, and despite the fact that we are living in an age of mass deception, at the very least, it can be said that there many questions which will need answering before a proper analysis of what happened on the day can be done.

What is established however, is that the alleged perpetrators of the killings were known to the French security services for a decade as well as the European and American authorities. One of them was described as a “ticking time-bomb”. France has one of the most extensive and intrusive surveillance laws in the whole of Europe. RUSI research analyst Shashank Joshi has said that, “France has unusually powerful intelligence agencies”.   Despite having “more powers” than Britain, the French security services failed to stop the attack. While some see this as evidence of the need for yet even more power, the more sober question is, what exactly led to the intelligence community’s failure to stop the attack? Although Shashank concludes more resources are the answer, his piece points to a lack of communication between the US and France, weak controls of weapons in and out of the country and a failure in local policing which could have prevented the attack.

END_OF_DOCUMENT_TOKEN_TO_BE_REPLACED

With the Snowden documents pointing to a culture of pervasion with regards to the invasion of privacy, a recent report has further shed some light on the regulation of these invasions.

According to the Independent, there was a “shockingly high” number of incidents of privacy of individuals being breached by the MI5, MI6 and GCHQ. Out of the 318 warrants examined, 33 were “mistakes” which had led to unacceptable breach of privacy.  In other words, one in ten people surveilled are done so incorrectly.  The “mistakes” are claimed to be not intentional, however this is coming from an investigation by the Intelligence Services Commissioner against the Regulation of Investigatory Powers Act 2000 and whose accountability to parliament is “non-existent”. This Act has been comprehensively criticised for being ineffectual and definitely not human-rights compliant. As Eric Metcalf states,

“As Justice’s new report shows, Ripa doesn’t restrain surveillance so much as actively license it. Indeed, it is nowadays hard to find a public body in the UK that doesn’t have access to surveillance powers of some kind. This would be less problematic if only Ripa contained sufficient safeguards against unnecessary surveillance. In truth, the great majority of surveillance under Ripa is essentially self-authorised by the public body itself, as the sorry case of Poole borough council shows. Of just under 3m surveillance decisions taken under Ripa since October 2000, less than 5,000 of these were approved by a judge. You might not think that the best check against unnecessary surveillance by a public official was a more senior official in the same department, but that is the way that Ripa works for the most part. There are oversight commissioners, but they appear to rely heavily on “dip-sampling”, and it seems highly doubtful that they examine more than a small fraction of the authorisations that are actually made.”

Human Rights are what protect the citizens against state abuses, because it provides a reasonable solution to the problem of “who polices the government”.  However those rights seemed to have been side-lined by the security services.

The Need to Prevent PREVENT

END_OF_DOCUMENT_TOKEN_TO_BE_REPLACED 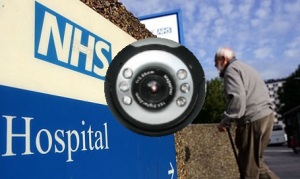 Is your doctor spying on you?

Foreign policy considerations as a root cause of anguish and concern have time and again been thrown out the door to be replaced with an asinine theory propounded less by experts in Islam and more by opportunists awaiting their government pay-cheques. The conveyor-belt theory to radicalisation is as odious in profiling people based on belief as the Third Riech’s policy of “Germanising” Jews, and with it, the unchecked, illiberal and heavily prejudiced floodgate of normalising surveillance, invading privacy and creating an atmosphere of suspicion, has been opened.

Of course, accepting foreign and domestic policy considerations as reasons for legitimate grievance means opening the doors to government scrutiny, something the current regime has minimised, violating principles of liberal democracy and emulating tyrants like the Bashar al-Assads of this world.